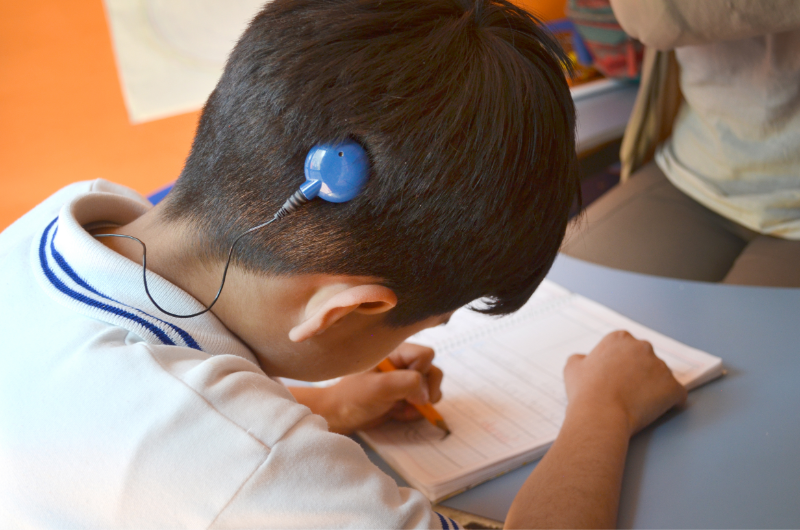 A cochlear implant is a complex bio engineered electronic device that are designed to mimic the function of cochlea to provide the sense of hearing for those who have hearing loss in the range of severe to profound degree and no longer can be benefitted by conventional hearing aids. Unlike hearing aids CI directly stimulates auditory nerve by bypassing damaged portions of inner ear.

CI is made up of 2 distinct parts, the external BTE hearing aid like portion sits behind the ear and a second implantable portion is surgically placed in the skull. Any given implant has four parts in the core 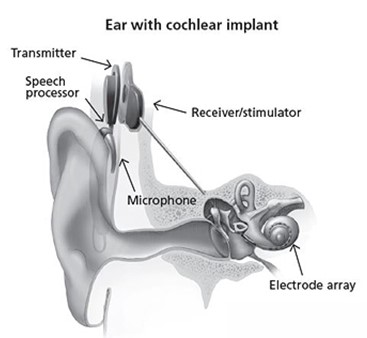 Though the speech from cochlear implant might sound unusual with the passage of time and proper training to learn to interpret the signals received from a cochlear implant, most people with cochlear implants make considerable gains in understanding speech.

Professional counselling and CI recommendation based on assessment


While activation of cochlear implant, an audiologist will do the following:


Rehabilitation is the most crucial part of CI program. The success of CI depends directly on AVT. Both therapist and caretaker need to to be efficient, upon activation of sounds heard through CI will be totally different and mostly high-pitched electrical type. The listener needs to be trained on understanding speech sounds, tone, intonation and other environmental sounds. Basically, in post CI rehabilitation brain will be trained to accept, analyse and understand the sounds heard through the cochlear implant. Brain needs time to recognize what these sounds mean. This process is ongoing and is best achieved by wearing the speech processor continuously during working hours and augmented by AVT.

A successful CI needs multiple factors to be addressed, it’s a long-term program which shapes the communication abilities of the user and demands efficient skills as there are risks involved in it at many levels. Even a small mistake could lead to cascade of challenges which can have a potential detrimental effect on child’s physical and communicational wellbeing. Contact our audiologists for a detailed discussion on getting best out of CI rehabilitation program.