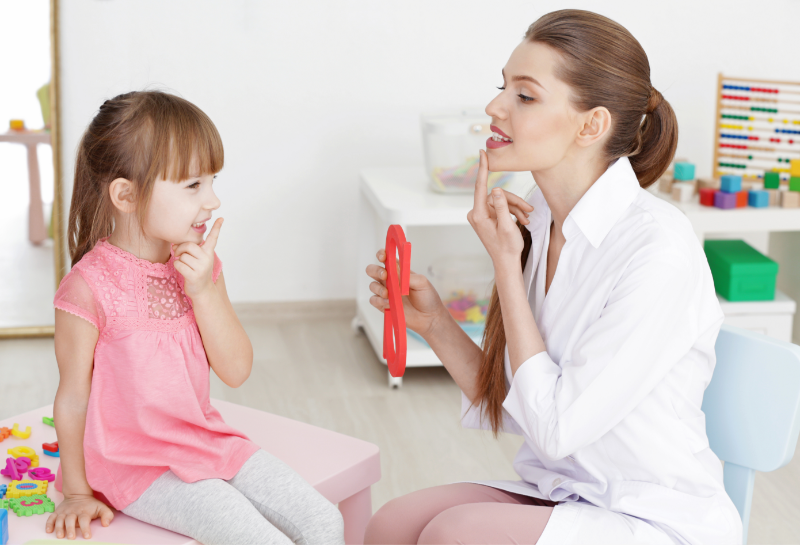 What is Speech-Language Therapy?

Speech and language therapy is an approach in intervention of communication disorders. Individuals who have difficulties with speaking, language formulation drinking and swallowing require a clinical intervention to alleviate their difficulties.

What are Speech Disorders?

Any difficulties or abnormalities as a result of learned behavior or any organic problems which gets manifested as unnatural sound production can be termed as speech disorders. Most common manifestation of speech disorders are,

What are Language Disorders?

Language n simpler terms refers to an ability of individual to put together the words in such manner that a group/community of so called normal people can understand. When an individual finds difficulty in formulating his thoughts and ideas in a manner that puts his listeners in a difficult situation to understand. Difficulty could be seen at different aspects of language either separately or in combination.

What are Feeding Disorders?

Dysphasia/oral feeding disorders are those which affect the normal way of eating, drinking or swallowing. These are usually secondary manifestations of some organic cause such as neck cancer, cleft lip and /or palate and paralysis. These individuals tend to have issues with swallowing resulting in nasal regurgitation of food, pain while swallowing, inability to move tongue, food coming out of mouth etc.

Why do Some Kids and Adults Need Speech-Language Therapy?

Kids might need speech-language therapy when they suffer from any of the following signs and symptoms, as leaving them unattended for any reason might end up in lifelong difficulties making them to suffer for long time.

The intervention should begin as early as possible as the ability of brain to adapt to changes goes weaker with the passage of time. This does not mean that if therapy is given at later stage might not be useful but earlier is the intervention better is the prognosis.

Services available with us,